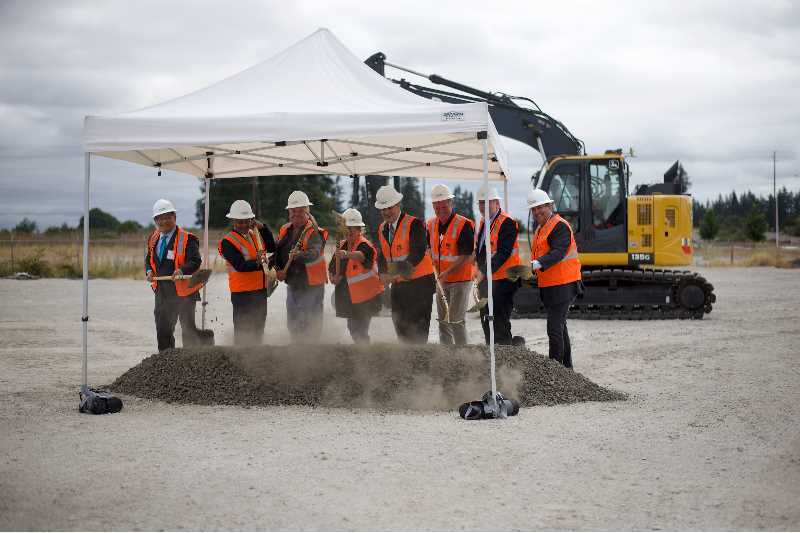 Leaders of the Oregon Manufacturing Innovation Center broke ground on the newest building on Thursday, Aug. 19.

“It has been terrific when prospects or businesses that want to become members say ‘what’s the level of political support you have?’ And we can say without fear of contradiction, it’s 100% and we’re damn proud of it,” Johnson said.

“We’re asking you to join us as we make … Columbia County and the state of Oregon the hub of manufacturing companies that take advantage of additive manufacturing, so that they can grow within the global market,” Campbell said.

“We’re all keenly aware of the skills gap facing the manufacturing sector,” Mitsui said. “We also recognize that the skills gap is amplified by an opportunity gap as well.” 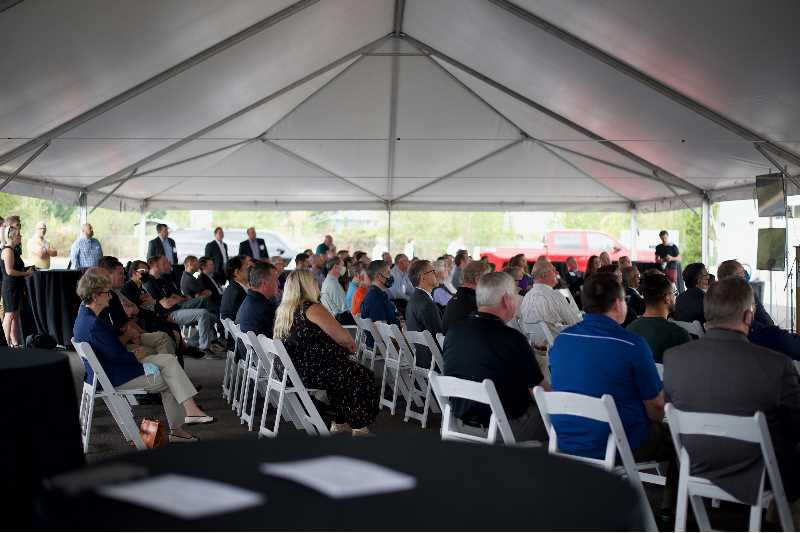 OMIC is officially a project of the Oregon Institute of Technology, one of Oregon’s seven public universities, which is based in Klamath Falls and has a smaller campus in Wilsonville.

OIT President Nagi Naganathan said OMIC models a “seamless partnership that goes between university and industry” that he believes is necessary.

One benefit of additive manufacturing is that it creates less waste than traditional manufacturing methods, “which means lower demand on metals, it means being safer for the environment, and it also means a lower cost in production,” Campbell said.